Notes from the Alumni Center 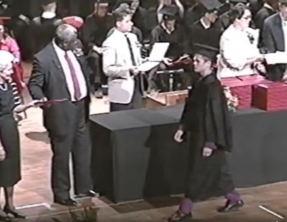 Much excitement has been expressed in recent weeks on social media regarding the numerous McCaskey graduation videos that have surfaced on YouTube. These digital products are the result of an… Read More 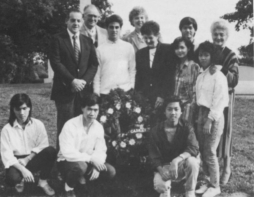 The fall of 2022 will reawaken the McCaskey Alumni Association’s tradition of celebrating the birthdays of John Piersol McCaskey and the high school that bears his name. Every five years,… Read More

In 1991 the School District of Lancaster embarked on an ambitious plan to prepare the next generation of Lancaster City youth for success. While the middle of the 20th century… Read More

By John Earl Hambright ’58   Two tall landmarks in Lancaster, Pennsylvania, commemorate our fair city’s rendezvous with game-changing destinies. In the heart of downtown, the Soldiers and Sailors Monument… Read More

The following address was delivered by Associate Principal Elizabeth Moodie to McCaskey’s 50th Anniversary Class of 1971 at the 2021 J.P. McCaskey High School Commencement, June 9, 2021: For as… Read More

This July, Publishing Concepts, Inc. completed an information gathering and marketing effort and has begun to design the layout for McCaskey’s 2020 Alumni Directory. It does so using photographs and… Read More