History of The Alumni Association 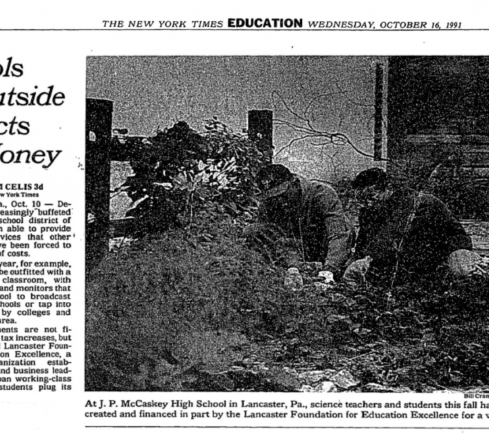 The Lancaster Education Foundation (LEF) was established in September 1989 to strengthen community participation in school programs and provide additional funds in order to assure educational excellence in the School District of Lancaster (SDOL). Robert Scheffey, a local retired advertising executive and member of the SDOL school board from 1971 to 1985, was one of LEF’s founders and first president. In a press release from 1990, Mr. Scheffey said, “We intend to support a variety of school projects, which otherwise would not exist, in areas of technology and learning, scholastic enrichment, arts and education, careers and vocations and cultural enrichment.”

As early as October 1989, the minutes of the LEF board reported that a group of McCaskey alumni, led by Dolores “Dollie” Fitting Buckwalter ’60, was meeting to discuss the organization of an alumni association. At the June 9, 1990 LEF board meeting, the “Policies and Procedures” of the McCaskey Alumni Association (MAA) were approved, and the organization was welcomed as an “autonomous subdivision” of LEF. The following year, the leadership group of McCaskey alumni met with Susan Garofola, a former SDOL board president, to conduct a small feasibility study, gain the strong support of the SDOL superintendent and board, and decide on the organization’s structure. The mission of the new organization was and still is to promote pride in SDOL, to support activities that enrich McCaskey High School, to assist alumni in reunions and other activities, and “to further the aims of the Lancaster Education Foundation.” 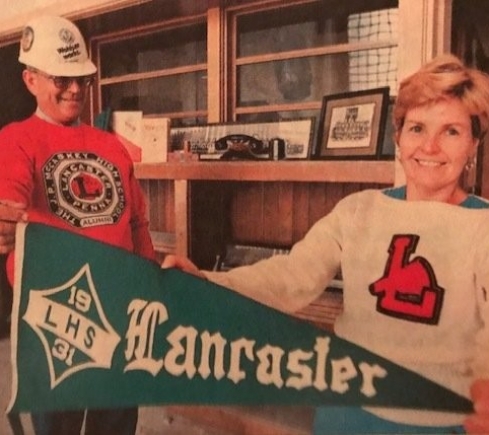 In 1994, Susan Garofola was hired as Alumni Coordinator and opened an office at Carter & MacRae Elementary School. When renovation of J.P. McCaskey High School was announced in 1995, MAA raised funds to establish an “alumni center” in the building. In September 1997, the Alumni Center was dedicated, and, for nearly a quarter century, it has served as the historical archives of SDOL, housing yearbooks, school newspapers, and many other pieces of SDOL memorabilia dating back to the 19th Century. A permanent “home room” for past, present, and future McCaskey students, the Alumni Center is utilized by visitors to conduct research, plan reunions, and connect with their past.

Beginning in the mid-1990s, MAA began communicating with its members through the Alumni Vidette. a publication featuring the latest stories from the McCaskey High School Campus and its alumni. Additionally, LEF and MAA opened the Museum School at Carter & MacRae, a field trip destination for 2nd and 3rd grade classes at the site of an actual one-room schoolhouse from the 1800s. Still in operation, the Museum School gives students a living history experience of education in 1853. A teacher dressed in period attire shares with students the authentic tools of the one-room schoolhouse. Students perform assignments on their slate boards, enjoy a basket lunch, and play with 19th Century toys. Meanwhile, they become engaged with local history, national history, arithmetic, reading and crafts. Districts outside of SDOL pay a fee to attend, while SDOL classes experience it for free.