As National Hispanic-Latino Heritage Month kicks off, we realized how much of our upcoming Alumni Vidette is filled with stories from our Hispanic-Latino community. Here are just three of the recent and numerous alumni stories that have been brought to the McCaskey Alumni Association’s attention in the past six months. To learn more about all the great things our alumni are doing in the world, please subscribe to the full publication by becoming a member. 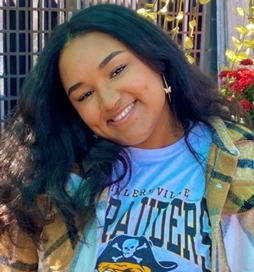 Millersville student Gabriella Rodriguez ’18 has been named a 2022-2023 Newman Civic Fellow, an honorary distinction conceived by a nationwide network of universities and colleges for students with an exceptional devotion to bettering their local and global community.

Rodriguez, who is working toward a double major in sociology and language & culture studies with a Spanish concentration is the first member of her family to attend college. In addition to serving as a mentor to new Millersville students, Rodriguez is an officer with the Millersville student chapter of the NAACP.

“She leads by example and is a mentor to her peers,” Millersville President Dr. Daniel A. Wubah said in a statement released by the university. “Her bilingual skills give her the ability to advocate for our local Latinx community.”

Her Newman-Civic fellowship will offer her one year of networking and educational opportunities focusing on civic, professional, and personal development. The Annual Convening of Fellows, a two-day workshop on building professional relationships and skills, is the fellowship’s centerpiece. Rodriguez will also be given exclusive access to scholarships and other opportunities for post-graduate work. 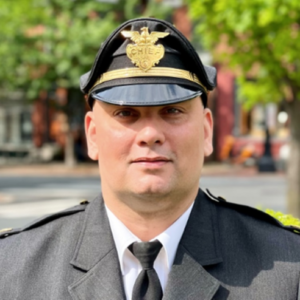 On the Tuesday, July 12, the Lancaster City Council approved Mayor Danene Sorace’s appointment of Richard Mendez ’93 to the office of Chief of Police for the City of Lancaster. Mendez, who has filled the role on an interim basis since May, took the oath of office in the Council Chambers that evening.

Of Puerto Rican descent, Mendez was born and raised in Lancaster and has served on the police force for 22 years in various roles; most recently as captain of its most expansive division, the patrol unit.

“It is a privilege and an honor to be appointed as the first Hispanic chief of police in Lancaster City,” Mendez said in a statement released by the City of Lancaster. “As your new chief, I promise to continue building trust in the community through accountability, transparency, and open communication.” 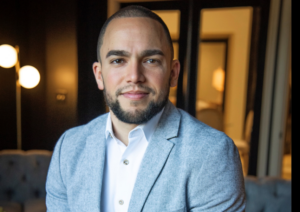 Jaime Arroyo ’06 became the new CEO of Assets in June. Assets is a non-profit organization based in Lancaster, which endeavors to positively impact the community through improving local businesses’ environmental and social impact and offering comprehensive financing and training of entrepreneurs.

Arroyo returns to Assets, having left his position as their community lending director in 2019. The following year, he became the chief strategy officer for Community Action Partnership of Lancaster County.

“McCaskey High School shaped me for the future,” Arroyo said in a 2019 interview with the McCaskey Alumni Association, “by helping me to learn how to embrace obstacles. I learned how to lean on mentors and role models to guide me along the way.”

Following his graduation from McCaskey in 2006, Arroyo studied business at Millersville University. From there, he earned his Business Administration Masters degree from Drexel University.

He currently serves the City of Lancaster on the City Council and as as chairman of Economic Development Committee. On the state level, he holds a commissioner seat on Governor Tom Wolf’s Advisory Commission for Latino Affairs.