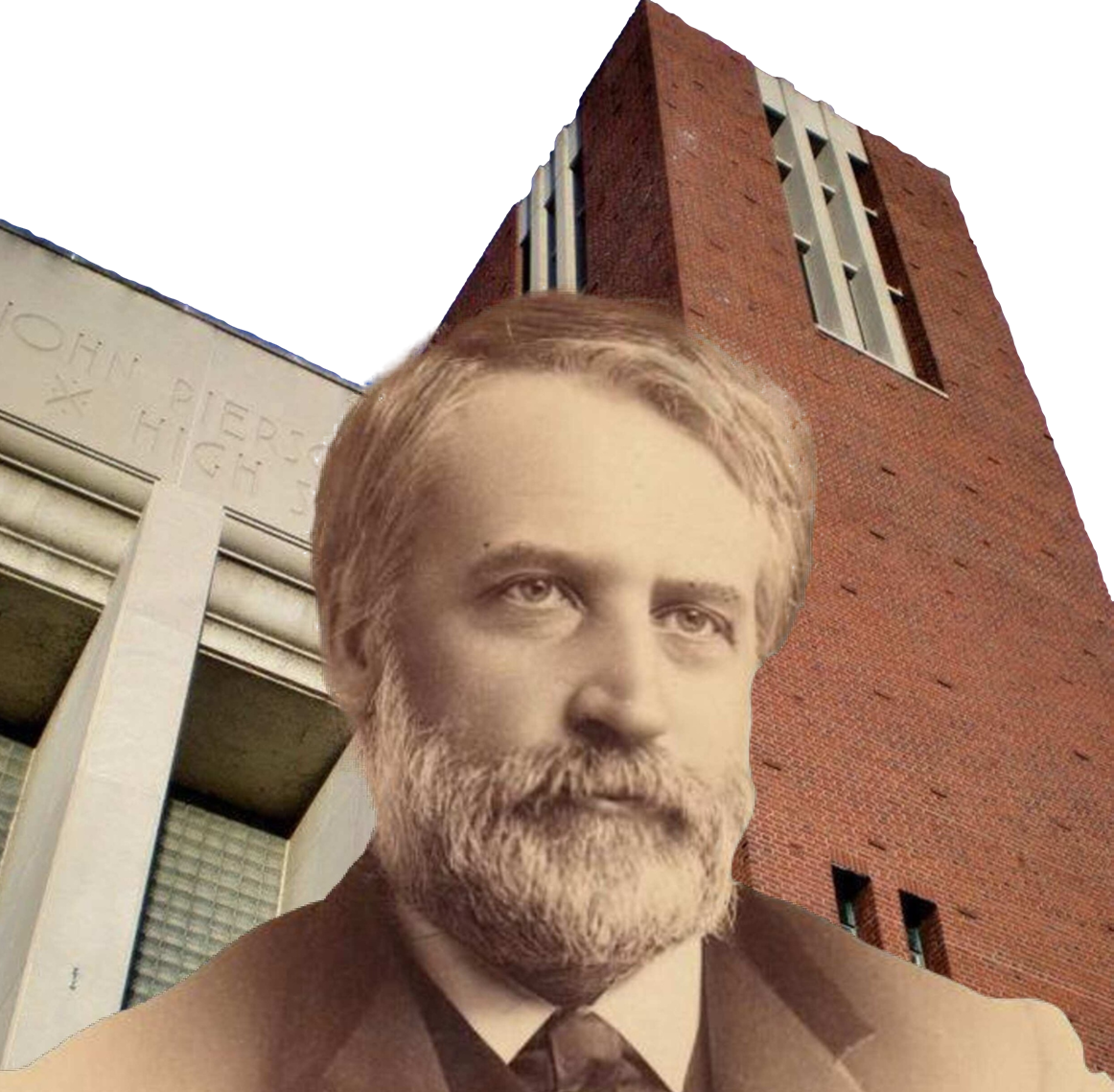 YOU’RE INVITED!
In keeping with a tradition carried out every five years, John Piersol McCaskey (1837-1935) will be memorialized by the McCaskey Alumni Association with a public wreath laying ceremony at his gravesite in Lancaster’s Greenwood Cemetery on Friday, October 7, 2022 at 1 PM. This event will mark the 185th Anniversary of McCaskey’s birth, and will include remarks from historians, family members, and current McCaskey students.
The location of McCaskey’s resting place is Grave 9 in Lot 216 of the General Reynolds Section of Greenwood Cemetery: 719 Highland Ave., Lancaster, PA. A trail of balloons beginning at the cemetery entrance will help to guide you in your vehicle to the gravesite where you can park along the road. You need not RSVP unless you wish to request a chair (seating is not guaranteed otherwise). Such requests can be made by contacting the McCaskey Alumni Association at (717)399-6418 or jeremiahlmiller@sdlancaster.org.
Who Was John Piersol McCaskey?
John Piersol McCaskey was born in the Lancaster County town of Gordonville in Leacock Township, near Paradise, and he attended high school in the City of Lancaster at Boys’ High School. Though academically proficient, he withdrew during his senior year, a time of financial distress for his family, and entered the workforce. By the fall of his would-be graduation year, he was back at Lancaster Boys’ High School, beginning 50 years as an educator and administrator (Though education was valued highly, an official record of graduation was not a prerequisite to a teaching career in 1855). He received an honorary doctorate from Franklin & Marshall College in 1887.
Best described as a Renaissance Man, McCaskey dabbled in numerous professions and vocations throughout his long life, including banking, law, journalism, printing, editing, and song publishing. Some well-known songs, including “Row, Row, Row Your Boat” and “Jolly Old St. Nicholas” were printed for the first time ever in his “Franklin Square Song Collection” (He was not the author of “Jolly Old St. Nicholas,” contrary to local legend, but did introduce the song to the world through its publication).
During his career in education, he was instrumental in the hiring of Lancaster Boys’ High’s first woman teacher. He introduced art, astronomy, and music into the city school curriculum and pioneered student celebrations of Arbor Day, resulting in the planting of more than 9,000 trees. He served as Mayor of Lancaster from 1906 to 1910. Among his greatest heroes was Thaddeus Stevens, the U.S. congressman and fighter for racial equality.