Home | Notes from the Alumni Center | 185 Years Young: McCaskey Tradition ‘Wreathes’ Back Around 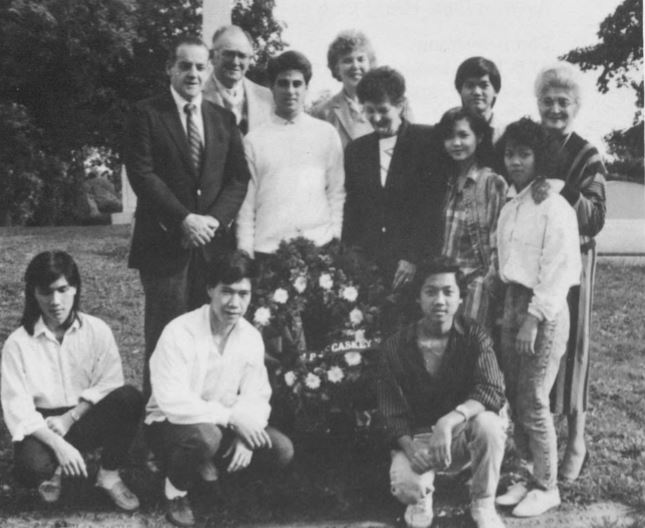 The fall of 2022 will reawaken the McCaskey Alumni Association’s tradition of celebrating the birthdays of John Piersol McCaskey and the high school that bears his name.

Every five years, the Alumni Association holds a yearlong celebration of the anniversary of the high school’s 1938 dedication. In the spring of an anniversary year, alumni have thrown a “birthday party” for the high school through a variety of events. The preceding fall, a wreath-laying ceremony is conducted at John Piersol McCaskey’s gravesite in Greenwood Cemetery to celebrate his birthday.

The Alumni Association leadership is currently discussing the details for McCaskey High School’s 85th Anniversary Celebration, scheduled for the spring of 2023 to remember once again the opening of the high school in 1938. In the meantime, the group encourages its followers to mark their 2022 calendars for Sunday, October 9 at 3:30 PM when the traditional wreath laying at J.P. McCaskey’s gravesite will occur, in celebration of the legendary educator’s 185th birthday.

Originally from Gordonville, PA, John Piersol McCaskey attended public schools in Lancaster, including Lancaster Boys High School where he would serve as a teacher and principal for more than 50 years. Longtime editor of the prestigious Pennsylvania School Journal, he was also a song publisher, introducing the familiar children’s songs, “Row, Row, Row Your Boat” and “Jolly Old St. Nicholas”. Following his career in education, he served as Lancaster City’s 23rd Mayor. 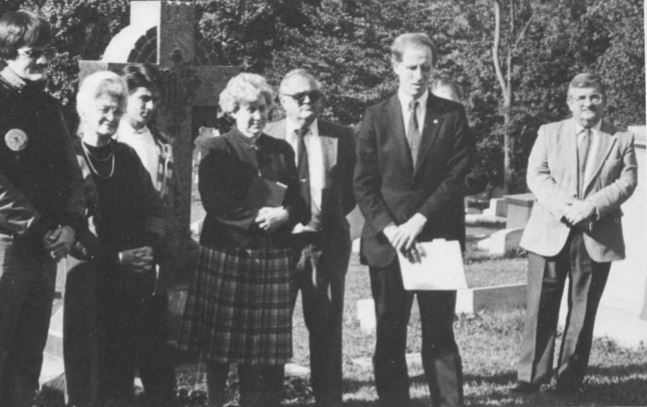 In 1987, on the 150th anniversary of his birth, McCaskey teacher Barbara Karpouzis Valavanes ’45 (1925-2016) began the practice of honoring J.P. McCaskey at his gravesite. Valavanes, a 30-year “English as a Foreign Language” teacher, had a passion not only for introducing her immigrant students to the English language, but also sharing local history with them.

“The 50th Anniversary of the high school was coming up,” says Thomas W. Goodhart ’80, current equipment manager of the McCaskey football team and school history enthusiast. “Barbara went to McCaskey Principal John Syphard and requested permission to hold a wreath-laying at McCaskey’s grave to mark his 150th birthday. After that first wreath laying, Barbara started taking her students there regularly to maintain the appearance of the site.”

The October wreath laying will mean a lot to Goodhart, for whom it will mark 25 years since he became the caretaker of the gravesite, following Valavanes’s retirement.

As it has in the past, the McCaskey Alumni Association hopes the event will include current and former educators and students, McCaskey’s relatives, local historians, and leadership from St. James Episcopal Church, where McCaskey was a vestryman for more than 60 years.

What to Know: The location of McCaskey’s resting place is Grave 9 in Lot 216 of the General Reynolds Section of Greenwood Cemetery: 719 Highland Ave., Lancaster, PA. A trail of balloons beginning at the cemetery entrance will help to guide you to the gravesite where you can park along the road. You need not RSVP unless you wish to request a chair (seating is not guaranteed otherwise). Such requests can be made by contacting us at (717)399-6418 or jeremiahlmiller@sdlancaster.org.